As you can see, we use active voice more often in daily communication.

However, there are few times when we need to use the passive voice. Let's learn!

With this voice, we give more importance to the action in the sentence instead of the subject executing it.

To form a passive-voice sentence, you can conjugate the verb to be in the past or present with the past participle of the main verb in the sentence, like this: 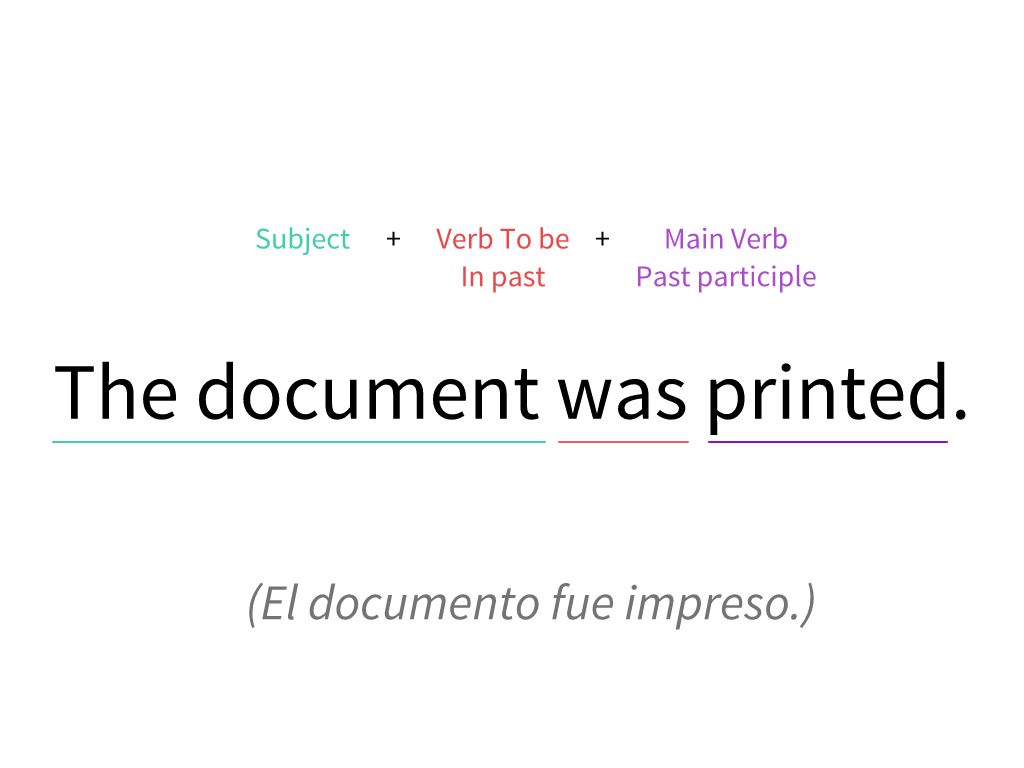 You can use this voice whenever you want to do the following: