These suffixes are not just used to form the past and continuous verbal tenses. They are also used with adjectives.

This type of adjectives is composed of a verb and the suffix -ed or -ing.

Watch the following video and learn:

Always remember that the sense of the sentence changes according to the suffix used.

This is used to indicate or describe emotions. In other words, it indicates that the subject or person is feeling something. In the sentence, it follows the verb to be.

These adjectives indicate or describe the qualities of something or someone and are also used to refer to objects or situations.

Just like with "-ed" adjectives, it follows the verb to be in the sentence. 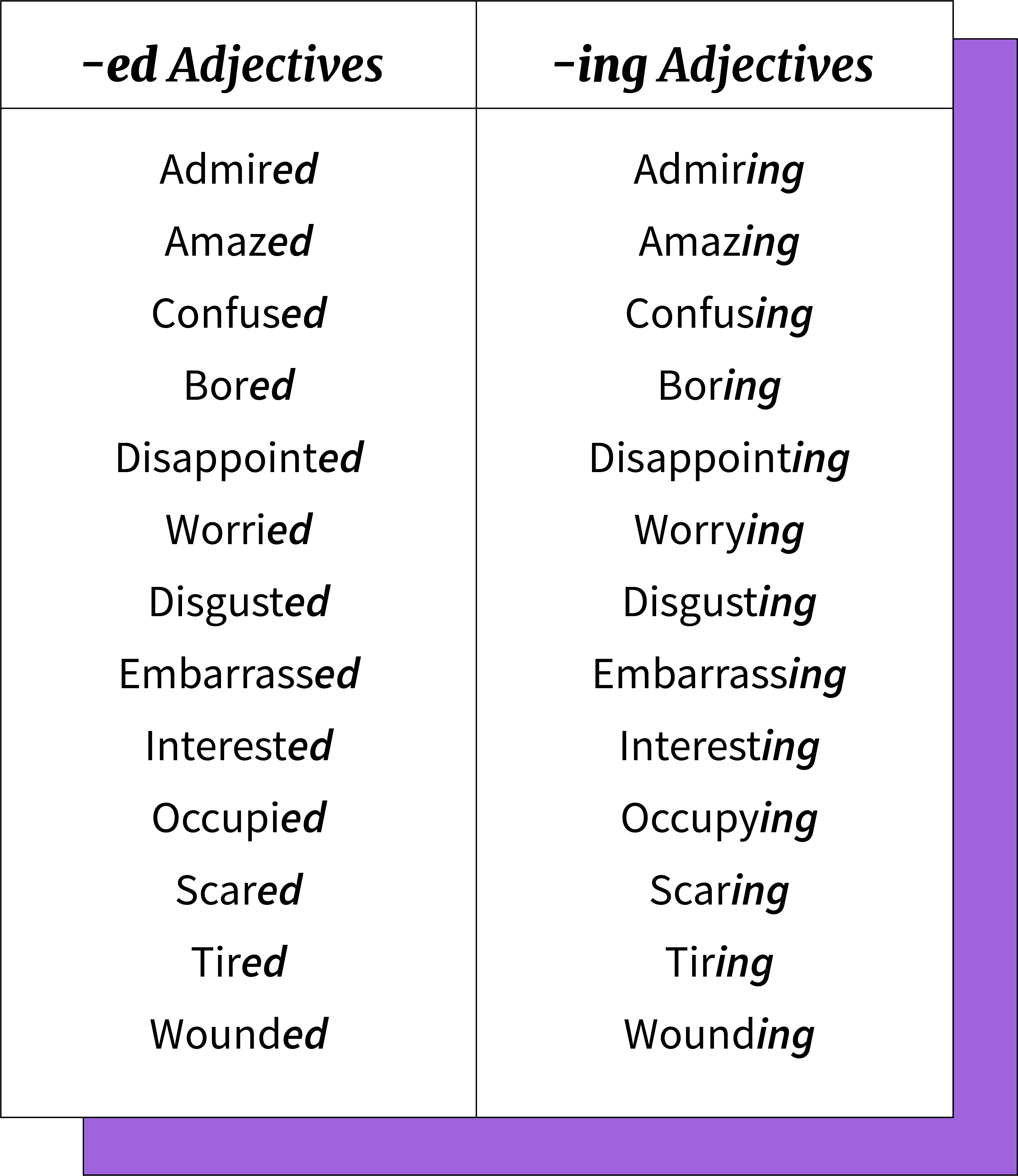